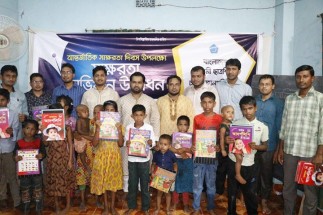 Yasin Arafat, the central president of Bangladesh Islami Chhatra Shibir, said that a prosperous Bangladesh is deserved by everybody. But one of the main obstacles to building a prosperous country is illiteracy. So, the student community has to come forward to build an illiterate-free country. 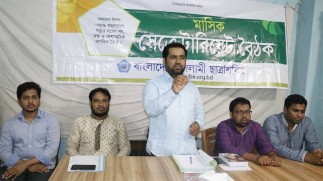 Yasin Arafat, the central president of Bangladesh Islami Chhatra Shibir, said that despite a civilized world system, the massacre and oppression against the Muslims in Burma has been going on again and again, which is an extreme violation of human rights. The world community needs to take quick measures to stop genocide against Muslims in Myanmar. 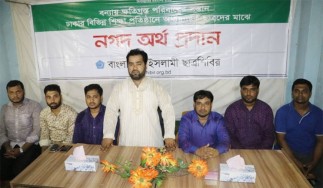 He said this while addressing attendants at a program for distributing money among the children studying in different educational institutions of Dhaka affected by the floods, under the initiative of Shibir, held in an auditorium at the capital. Central leaders were present during the program presided by Shibir Secretary General Mobarak Hossain. 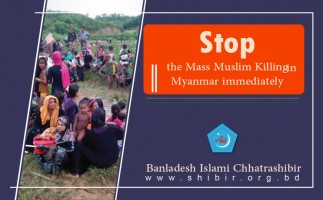 Genocide against Muslims in Myanmar should be stopped immediately

Bangladesh Islami Chhatra Shibir has strongly protested and condemned the genocide against the Rohingya Muslims by the Myanmar army and the extremists. 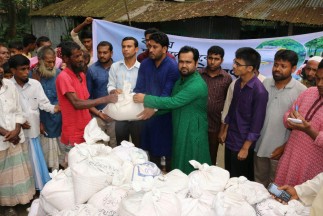 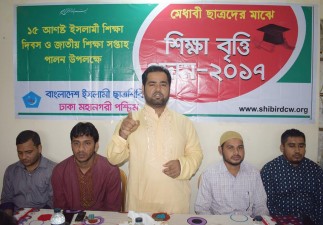 Yasin Arafat, the Central President of Bangladesh Islami Chhatra Shibir said that the development and progress of a nation depends upon its education system. The various hair-raising and shameful evil incidents happening regularly in this country are an indication of social degradation. This crisis is mainly due to the moral-less education system. 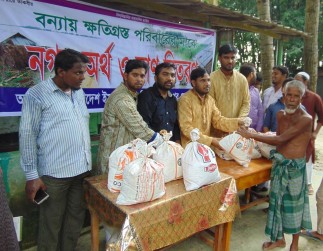 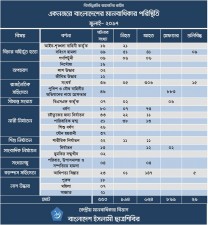 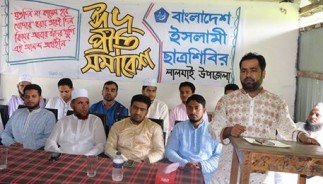 Yasin Arafat, the Central President of Bangladesh Islami Chhatra Shibir, said that although the people of the nation want a prosperous Bangladesh, this is becoming difficult day by day because of disunity. It is impossible to build a prosperous nation without a united approach. 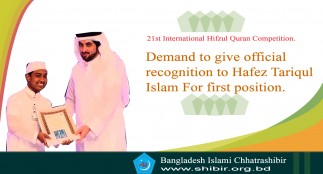 Demand to give official recognition to Hafez Tariqul Islam