Bangladesh Islami Chhatrashibir central president Dr. Mobarak Hossain said that the death of Shaheed Dr. Muhammad Morsi does not mean that his legacy has ended. Rather he is now the inspiration of millions of young people of the Islamic movement and the Qur'an loving youth throughout the whole world. 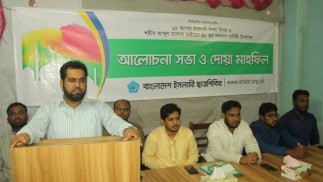 Yasin Arafat, the central president of Bangladesh Islami Chhatra Shibir, said that the misery of the nation is that the educated people of this country are depriving the people. They are breaking the backbone of the nation. 160 million people are paying for the corruption of a few people running the government. In this situation, there is no alternative to implementing Islamic education system to save the country from the plague of corruption. If the Islamic education system is not established, then value oriented people will not be created. 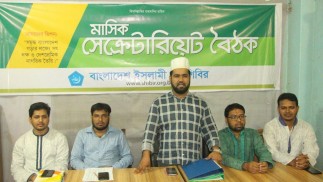 Accept the logical demands of the students immediately - Shibir President 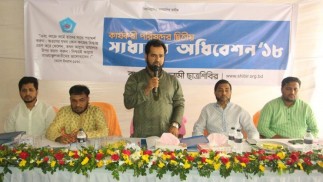 Yasin Arafat, the central president of Bangladesh Islami Chhatra shibir, said that the illegal government is clinging to the neck of the people like a cursed stone. The people of the country are fed up at the excessive actions of the government and their adopted terrorist minions. The government is not only harassing the opposition, but also created unstable conditions in the country by arresting ordinary people and students. In fact, the people of the country have become hostage to the undemocratic behavior of the illegal government. 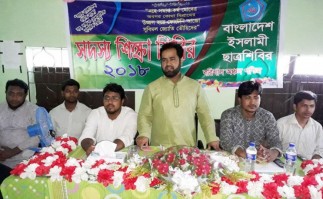 By the blockade, they have made the Gaza Valley into open prison. Israel has repeatedly carried out barbarous genocide upon innocent civilians in Palestine. Thousands of Palestinians have been improperly imprisoned. The hyenas have repeatedly shed the blood of Muslims at site the first qiblah of the Muslims, the Baitul Mokaddas. They have repeatedly prevented the Muslims from praying at the Baitul Mokaddas, turning off Azaan on instances. The Palestinians did not get any justice from the world leaders, even after years of persecution. Instead, they have been cheated with assurances for years. Imperialist powers, including the United States, have always supported the illegal Israeli aggression and genocide. Agencies like United Nations are avoiding responsibility by giving irresponsible speeches. In this situation, the Muslim world must take effective steps to deal with the Palestinian crisis 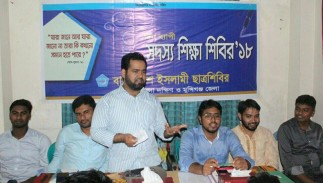 Activity of evil forces need to be tackled by the ideals

Yasin Arafat, the central president of Bangladesh Islami Chhatra Shibir, said that anti-Islamic evil forces have become alarmed at the continuous advancements of Shibir. There are continuous conspiracies in the country and abroad against Chhatra Shibir, after killings, torture and propaganda could not stop Shibir from going forward. In this situation, all the designs of the evil powers will be faced with ideals. Yasin Arafat, the central president of Bangladesh Islami Chhatra Shibir, has said that the Qur'an is the guide for mankind. In the light of the Qur'an, people, family and society should be formed. There is no alternative to establishing a Quranic society for the peace of the world and the liberation in the Hereafter. Therefore, the student community will have to play a role to spread the message of the Quran to each house. 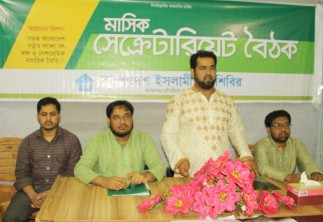 All Discrimination and Irregularities in Education Should be Removed 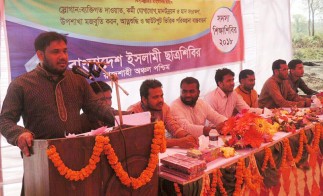 Bangladesh Islami Chhatra Shibir Secretary General Mobarak Hossain said that the activists of the Islamic Movement are firmly committed to establish the religion of God in this land in return for any sacrifice. The prerequisite for the establishment of this religion is to invite people to the way of Allah. Therefore, through the grace of the character, the message of the Qur'an should be conveyed to every student. 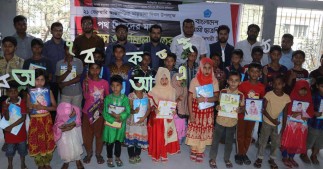 Yasin Arafat, the central president of Bangladesh Islami Chhatra Shibir, said that children of different levels of the country, along with street children, are being deprived of their mother tongue and its correct practice, which will not be right for the future of Bangladesh. Deprivation of the children from their mother tongue is unwanted. Effective steps should be taken to teach Bangla language to the street-children and the underpriviliged.