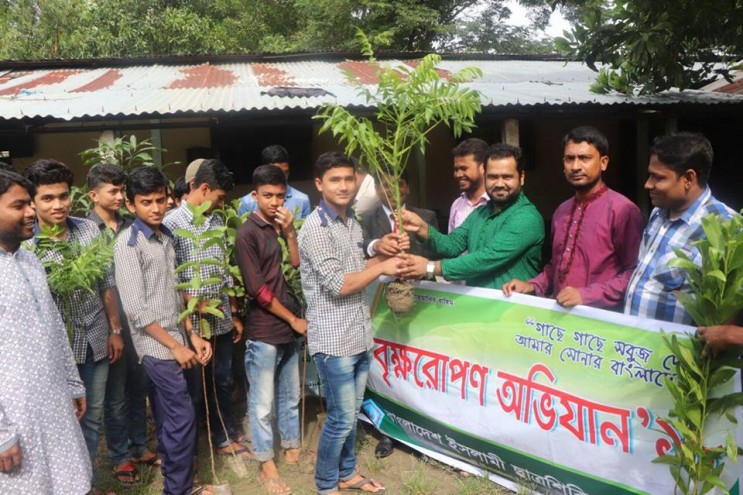 Young students have awakened the conscience of the nation - Shibir president

Yasin Arafat, the central president of Bangladesh Islami Chhatra shibir, said that the children and adolescents who have created a movement to demand safe roads will be part of the history of Bangladesh. Their demands are logical, fair, and meet the expectations of the people. The countrymen have welcomed their consciousness. The young students have awakened the conscience of the nation.

The Shibir president said that the students showed all the irregularities in the management of the country's roads. Just after the students came down to the streets to check the driver's license, the nation has learned that the vehicles of the judges, ministers, MPs of the country have no registration and no driving license. They have set a unique example of heroism. They raised their voices in front of minister-MP’s and police officers, saying 'We Want Justice'. Although the government has said that it would implement the demands for road safety, the govt. is trying to propagate and divert the student movement towards a different path. People are watching the opposite of implementation of the govt. declaration. Without accepting the demands, the government has made the mistake of releasing BCL terror. The students did not take up a job to check car licenses. They went down to the streets to prove the irregularities on the ground, and they were successfully able to do it. Lacking a driver's license, the MP’s under police escort were forced to come out of their vehicles in shame. The police clasped their hands and swore to them to obey the law. Police themselves filed lawsuits against other police officers with no license. They showed the whole world how to manage roads in a disciplined and safe manner. They have established the precedent of a teenage revolution. The students have turned their demands into the demands of the masses.

He said that Chhatra Shibir is making efforts to build a safe golden Bengal for all. We have become emboldened by the movement of the innocent students against wrongful irregularities and their love for this country. We believe that if these youths are able to build their character on a combination of merit and morality, then they would be able to gift the nation the expected prosperous golden Bangla. We want to tell the students that if they want to work for the real welfare of the nation, then those with lack of morals and the corrupt will only create obstacles in this regard, something which the students have seen for themselves. The students must rise up to meet the expectations of the people. It is to be remembered that one has to cross a lot of barriers to play a decisive role in building a prosperous country and nation. Chhatra Shibir has supported, is supporting and will continue to support any logical fair demands and constructive work of the student community inshallah. We try to engage the students, as future architects of the nation in various social welfare programs including plantation drive , literacy campaign, anti-drug programs, distribution of winter clothing among helpless people, helping the flood victims, celebrations of Independence Day, Victory Day, National Day among others, since a prosperous Bangladesh in the future will be made up of today's youth, and Shibir strongly supports that