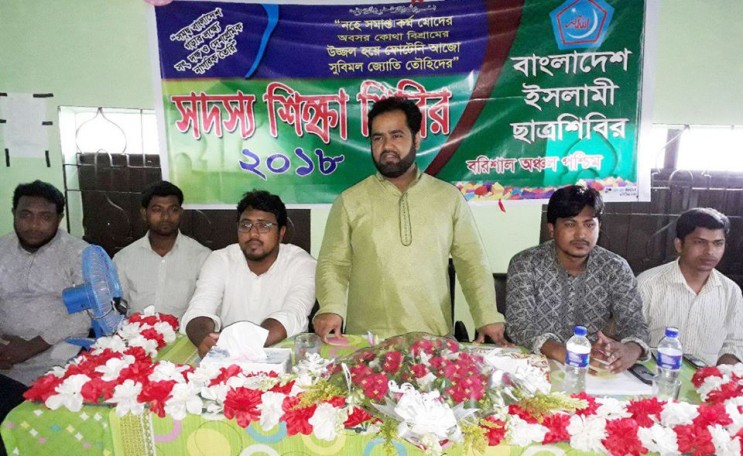 By the blockade, they have made the Gaza Valley into open prison. Israel has repeatedly carried out barbarous genocide upon innocent civilians in Palestine. Thousands of Palestinians have been improperly imprisoned. The hyenas have repeatedly shed the blood of Muslims at site the first qiblah of the Muslims, the Baitul Mokaddas. They have repeatedly prevented the Muslims from praying at the Baitul Mokaddas, turning off Azaan on instances. The Palestinians did not get any justice from the world leaders, even after years of persecution. Instead, they have been cheated with assurances for years. Imperialist powers, including the United States, have always supported the illegal Israeli aggression and genocide. Agencies like United Nations are avoiding responsibility by giving irresponsible speeches. In this situation, the Muslim world must take effective steps to deal with the Palestinian crisis.

He said, the Messenger of Allah Said, "The Muslim nation is like one person. When one organ of the body is hurt, the whole body feels pain.” In this situation, the Muslim world cannot remain silent when when the sky is heavy with the cries of the victim of Israeli barbarism, the Palestinian women, children, orphans, and the elderly, the guardians of the first Qiblah. The liberation of the Palestinians and the preservation of Mosque is not just the responsibility of the oppressed Palestinians, it is the responsibility of the entire Muslim Ummah. There may be differences of opinion among Muslims in the Muslim world. But the first Qibla of the Muslims, the Baitul Mokaddas, filled with signs of the Prophet and other Prophet beside him, is important for all Muslims. In this case, the Ummah of the Prophet can not compromise. So without looking at anyone else for help, the Muslim leaders, including the OIC, MUST take a strong and effective program immediately. It must be remembered that Muslims themselves must come forward to protect the rights of fellow Muslims.