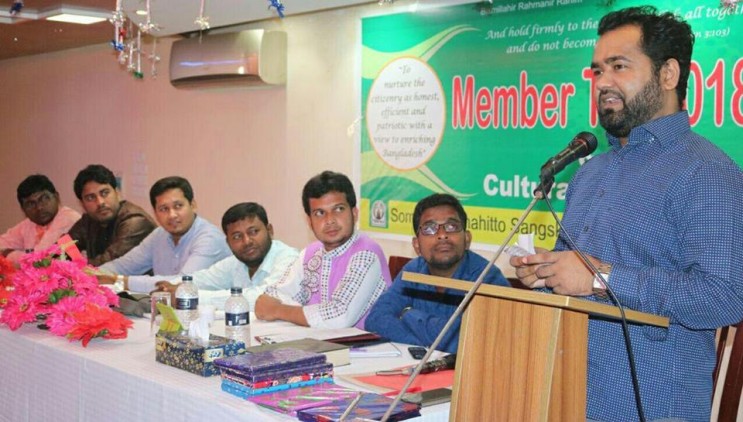 Yasin Arafat, the central president of Bangladesh Islami Chhatrashibir said that the ongoing leadership has failed to solve the country's problems and fulfill the hopes of the nation. Despite the huge ability and potential, it has not been possible to create a rich country due to lack of an ideological rule. People of every class in the nation are living in turmoil. Ideal leadership is needed to establish and protect people's rights. So Shibir activists should come forward to form an ideal leadership and prosperous country.

The Shibir president said that the sons of the nation had sacrificed their blood, dreaming of an exploitation-free state and society. The development of a prosperous Bangladesh leading to freedom, rights and dignity was the dream of the people in Bangladesh. But even after a long time has passed, the expectations have still not being fulfilled today. The state is being operated by inefficient and dishonest people. Over 180 million people are deprived due to their evil activities Their lack of self-esteem and servile mentality has threatened the country's independence and sovereignty. The imperialist forces are being given an opportunity to intervene in the internal affairs of this country. Instead of being accountable to the people, the government is trying to stay in power through illegal means by appeasing the imperialists. The politics of looting due to the lack of ideal leadership is leading the country towards corruption and misrule. On the other hand, the number of meritorious students is increasing, but the current education system can not gift the desired citizen to the nation. As a result, dreams of a prosperous Bengal remain a dream. To build the expected Bangladesh, there is a need to form the next generation on the basis of Islamic values in whose hands that prosperous Bangladesh will be formed. The hopes of the nation will then be fulfilled. Chhatra Shibir continues to try to build itself as a competent asset to protect the country and Islam by tackling all manner of obstacles. It has been proved time and again that no adversity can prevent our advancement.

He said, we must intensify love for the nation and patriotism for the country. In order to fulfill the expectations of the people, we have to create honest leadership. Shibir has been working towards this purpose. There is a lot of hope by the patriotic people in Shibir, and we are committed to fulfill the expectations of the nation. Shibir leaders and workers must work to realise the expectation of people upon themselves. Chhatra Shibir leaders and activists have to play a leading role in protecting the fundamental rights of the people, establishing freedom, and protecting the country and Islam.