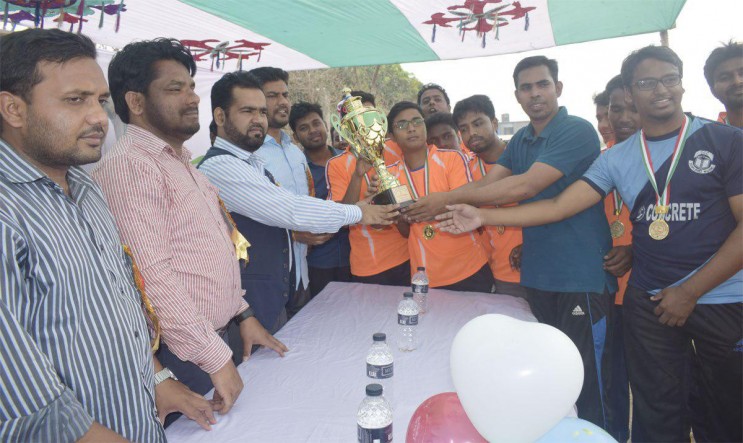 Yasin Arafat, the central president of Bangladesh Islami Chhatra Shibir, said that the nation's heroic sons have liberated the country by pouring the fresh blood of their hearts to live with dignity and freedom. It is the responsibility of the young generation to fulfill the dreams of those noble people. So the young generation will have to come forward to implement the goal of independence.

The President of Shibir said that Bangladesh was in the world map as a result of the struggle of the brave children of this country who fought for the basic rights of the people and for establishing a welfare state. The freedom fighters had the dream of establishing democratic and fundamental rights through independence. Safety and security will be ensured in the lives of the people. The nation will progress towards prosperity and success on the world stage. Unfortunately, the dream of the people was not fulfilled even after the 47 years of independence due to lack of moral ideological leadership and mismanagement of power. Rather, the current government has curbed the basic rights of the people to prolong its power. The country continues to be riddled by unlimited corruption, terrorism, looting, murder, rape, disappearances, abduction and anarchy. Independent country of blood has been turned into a valley of fear, in the face of continued state terrorism, murder, murder, disappearance, kidnapping, corruption, misrule, partisanization, freedom of speech and justice and human rights violations. The spirit of independence has become a political tool rather than a rally point for welfare of the country and the nation. That is, on the one hand, the betrayal of the blood of those who sacrificed during the liberation war, and on the other hand, is a great disappointment for the nation.

He also said that the youth have the power to fulfill the dream of independence. But in contrast to fulfilling that expectation, a section of the youth are astray today. Not just that, but they are walking upon a terrible catastrophic path. Drugs and terrorism are killing young people.

The governments, blind in their quests for power, have used young people for fulfilling their own political interests. Instead of taking advantage of the youth's talent within the country, valuable intellectual property is sent abroad. In order to destroy the lives of young people in a planned way, drugs like yaba are illegally pouring in from neighboring countries into the country. With the influence of foreign and Indian culture, the intellect and mindset of the youth are being destroyed.

He said that despite the many frustrations and disadvantages, the nation believes that today's youth will contribute to the development of the nation. This is the hope of the people and young people will have to take responsibility for fulfilling that hope. To fulfill the dreams of independence and the expectations of the people, they will have to build themselves to the highest degree. There is no substitute for moral buildup to gift a good society and nation. In the light of the Qur'an, the lack of qualified and morally led leadership should be built up. It is possible to fulfill the dreams of independence with the ideals of the Messenger of Allah. Chhatra Shibir is determined to implement the dream of independence and protect the sovereignty of the country. This organization wants to create a group of capable citizens who will implement the expectations of the nation. Our effort will continue regardless of any cost insha Allah.