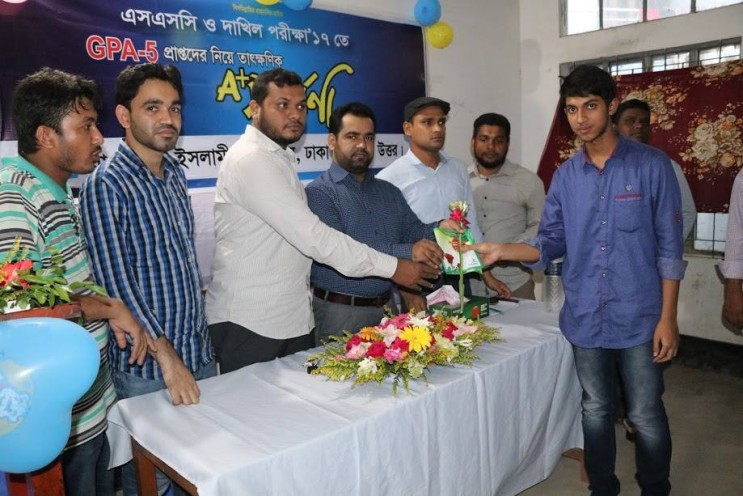 Meritorious students need to be honest, capable and patriotic citizens

Yasin Arafat, the Central President of Bangladesh Islami Chhatra Shibir, said that despite the large amount of depressing news available today, the excellent results achieved by the meritorious students is a sign of hope for the nation. The full nation today is happy. The meritorious students need to grow up to become honest, capable and patriotic citizens to serve the nation.

He said these at a reception program for GPA 5 holders in the SSC and Dakhil examinations arranged by Shibir Dhaka City North, at an auditorium in Dhaka, where he was the main speaker.

The Shibir President said that alongside this achievement, the aspirations of the nation in these meritorious students have also increased. Sometimes, despite being honest, a citizen is unable to contribute to the fullest extent due to incompetence, and likewise, a competent citizen sometimes is unable to serve the nation due to lack of honesty and moral character, and becomes a blight upon the nation instead, which can be clearly seen in our society. In fact, it can be seen that many of those associated with large scale corruption are among the most talented in the society. In this regard, despite having a very talented pool of human resources, the nation is unable to use them due to their low moral compass. At this juncture, the talented youth of today need to take the helm of the nation, and have the strong dedication and heart to lead the nation.

He further said, it is sad but true that it is often a difficult journey for talented young people to develop themselves, since there are often very few opportunities to develop themselves morally alongside their intellectual development. On the other hand, the state is using all its resources to privatize and commodify education, making the system create a generation obsessed with drugs and moral decadence. But we have still not lost hope. The brilliant results by the meritorious students of today have given rise to hope among the nation. Chhatra Shibir is going forward with the mission of create honest, capable and patriotic citizens. Chhatra Shibir will keep up its efforts to bring up the intellectual minds with Islamic values insha Allah. We sincerely hope that these meritorious minds will aid Shibir in this journey of working towards building up a corruption-free prosperous nation.