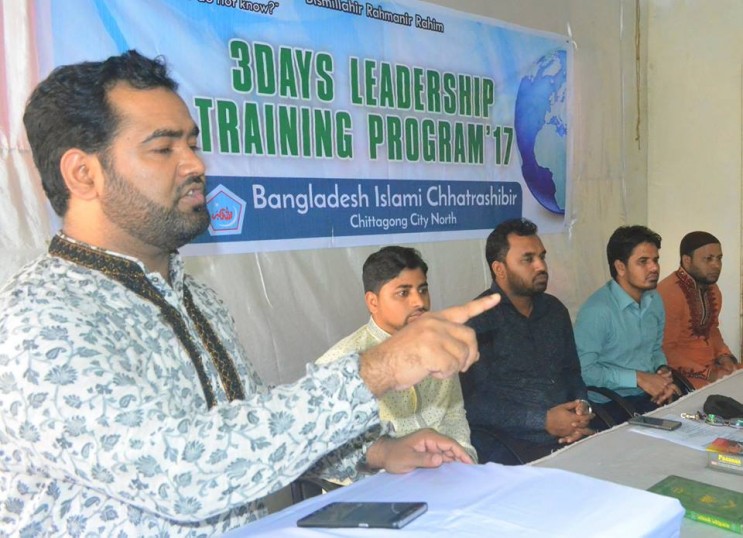 Government is facilitating cultural aggression in the name of Mongol Shovajatra

Yasin Arafat, the Central President of Bangladesh Islami Chhatra Shibir, said that the nationalisation of the foreign culture of the Mongol Shovajatra would lead to the loss of our identity and our national culture. The government is carrying out cultural aggression in various ways through breaching boundaries of the people’s wants.

He said these at a three-day long leadership training camp organised at an auditorium by Chhatra Shibir Chittagong City North, where he was the chief guest. The program was presided over by Chittagong City North President Touhidul Islam, and other guests present included ex-Central President A.Z.M Obaidullah, City Shibir Secretary Sarwar Kamal Sikder, and others.

The Shibir President said that the youth of the country is being deliberately led towards waywardness. Bangladesh is being made into a testing ground for foreign culture through abandonment of its local customs and culture, mainly through foreign cultural aggression, an example of which is the state-sanctioned Mongol Shovajatra. However, the people of the country have taken their stand against this custom. The religious scholars of the country have also come to the consensus that the Mongol Shovajatra is part of foreign culture and that it is completely impermissible in the light of Islam. This foreign religious custom is being forced down people’s throats in order to make some party with vested interests happy. In one instance, the Islamic symbol of the ‘crescent and star’ was drawn upon the head of one of these so-called sculptures of evil forces in the rally, i.e. Islam was being mocked openly and directly in the rally. Moreover, the wearing of masks of the sun and that of animals as symbols of the gods and goddesses is completely impermissible in the light of Islamic teachings. Also, the custom of beating drums and singing and dancing on the streets is not part of Bengali culture, but that of a culture of a specific religion. A specific group is also trying nefariously to give the festival of Holi a similar non-communal vibe and national character, but the people have not accepted this imposed attempt, but rejected it instead.

He said, it is never possible to build a prosperous nation by destroying one’s own identity and culture. We need to build up the necessary resistance against such foreign cultural aggression. Necessary steps should be taken to resist such foreign culture alongside protesting against them. We are obliged to sustain the next generation and help in its growth based upon our own values. Therefore, there should be insistence upon the propagation of Islamic culture save ourselves from such conspiracies. The people of the country should be woken up and made aware of the cultural aggression being waged in the name of the Mongol Shovajatra procession.