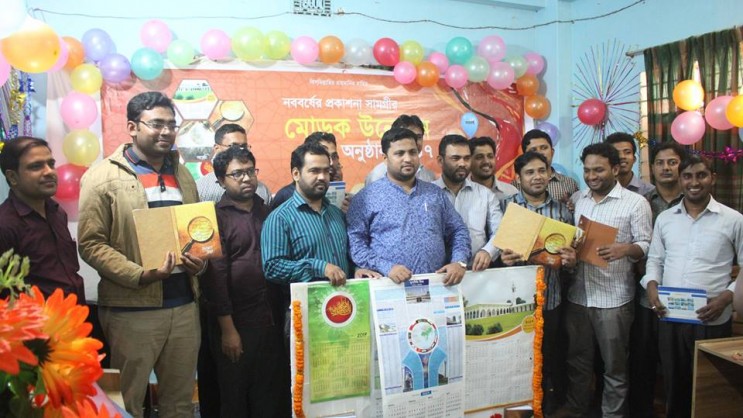 Atiqur Rahman, the Central President of Bangladesh Islami Chhatra Shibir, said that erosion of social values has been happening at a geometric rate, and the main reasons behind this are aggression of foreign cultural elements and the spread of offensive and indecent publications. There is no alternative to creative publications to stop the encroachment and flooding of foreign culture in Bangladesh.

The Shibir President said, there is a well-defined ongoing conspiracy for the destruction of the local cultural and Islamic values in the nation’s culture through propagation of the degenerate culture under the supervision of the government. Our local culture is on the way towards extinction due to the effects of degenerate culture. If this continues, then the nation will soon lose its cultural uniqueness within a short time, and the future generations will grow up in the shadow of foreign cultural influences. In the meantime, the youth of the nation are already victim to the ongoing influence of foreign cultural elements, the effects of which are being seen in the form of several shameful incidents in the society. This aggression is akin to a threat on the the independence and sovereignty of the nation. When the government, knowing full well of everything that is occurring, remains unnaturally silent, the nation then needs to understand that the government itself has teamed up with international forces of evil to ensure implementation of blueprint to morally corrupt the next generation. But the patriotic student community cannot accept such measures of weakening and destroying our national identity.

He further said, Chhatra Shibir has been working towards nation building from its inception with intellect and creativity. Chhatra Shibir is journeying towards its goal despite the wall of obstacles in its path. Chhatra Shibir has been able to create a trustworthy relationship with the people of the nation through knowledge, intellect, hard work and strong Iman. In the meantime, Chhatra Shibir has been able to bring about a qualitative change based on establishment of the place of Islamic values and morals in the society and showcase the alternative of Islamic morality in the face of an immoral society to the student community. We believe in our abilities to endure and challenge those who have behaved badly with us and create obstacles in our way, that no anti-Islamic power will be able to stop our progress through their conspiracies by the Grace of the Almighty. We know that ideological path is not smooth, but Chhatra Shibir will strive to attain its goals and aims along with the student community.

It is mentionable that every year, Chhatra Shibir prepares attractive publications on the eve of the new year. Among these publications are single page and three page calendars, table calendars, small sized and large sized diary, and stickers with motivational and Islamic quotes, among others.