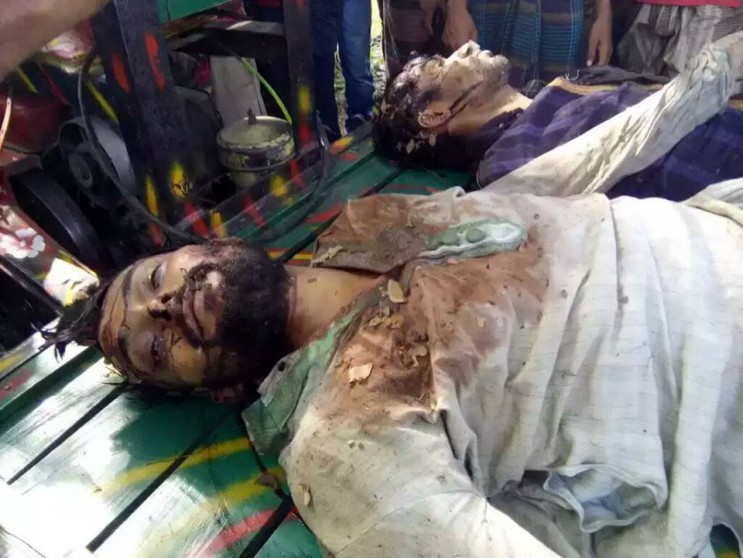 Govt. is with a mission of killing students across the country

Bangladesh Islami Chhatrashibir has strongly lambasted and protested the extra-judicial murder, in the dead of night, of two of its leaders, arrested by cops in Jhenaidah, after 25 days of detention.

In a joint protest statement, the Central President of Bangladesh Islami Chhatrashibir Atikur Rahman and the Secretary-General thereof Yasin Arafat said, “The policemen have turned out to be plain killers by murdering students one after another to please the illegitimate government. The police arrested Abu Zar Gifari, a student of Jessore M.M. College and President of Chhatrashibir Kaliganj municipality unit, from Jamtola intersection of Jhenaidah on last 18.03.16 when he was on his way back home. The OC of Jhenaidah Sadar Thana denied his arrest when contacted and asked about by his family. His family, then, arranged a press conference and demanded his traces. Shibir has also issued press releases and statements demanding his whereabouts. But the police have, instead of heeding demands of his family and organization, arrested Shamim Hossen, a sophomore at Jhenaidah K.C. College on last 25.03.16 and this time too, they denied the fact of arrest. The families of arrestees and the Organization they belong to have again and again demanded their traces and even peaceful demos have been brought out to produce them in the court. Despite all these formal procedure followed, the cops killed the two detainees last night without presenting them before the court and without letting law take its natural course. It is no responsible job by any law enforcer to arrest a student, deny the fact afterwards and shooting him to death finally and extra-judicially. The killing of Abu Zar Gifari and Shamim Hossen is no isolated incident; but rather it is a premeditated murder and a part of the killing mission of the illegitimate Awami government. The cops have been going on making worst precedents of murders. They are now no less than the killing squad of the government. The government must be liable for this murder.”

“The police have, in the light of government directions, been making mothers bereaved by their sons. They are acting as political scumbags in favor of the government and are not at all discharging their legal duties. We like to warn them to stop barbaric extra-judicial killings. The killers are not some UFOs. Over time, killers must stand trial for what they are doing. They must be brought to justice following a proper probe. We urge the intellectuals, journos and all conscientious citizens of the country to raise their voice and speak out against such unlawful murders. Besides, we also urge the national and international human rights watchdogs including the United Nations to take measures to stop such killings by law enforcers.”

The leaders called on the government and the police administration to shun all undemocratic and unlawful activities and arrest as well as punish the killers without further delay.