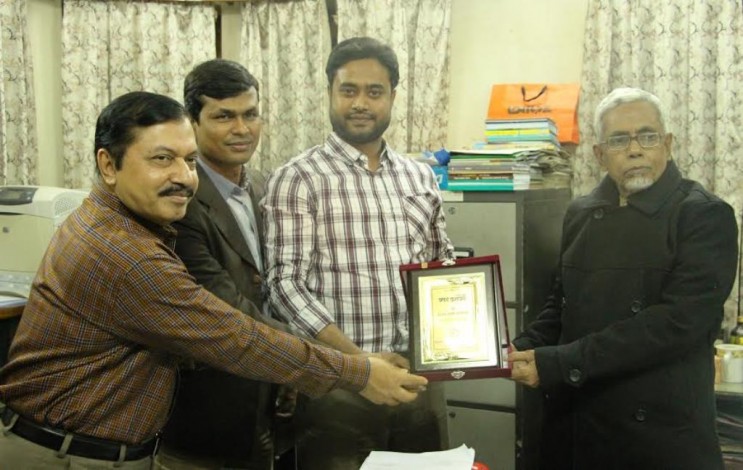 Bangladesh Islami Chhatrashibir offered special felicitations to the Daily Snagram, a country’s prominent and old daily, on the occasion of its 42nd founding anniversary.

A Shibir delegation headed by the Central Publicity Secretary Mostafizur Rahman appeared in the office of the Daily Sangram and handed over a greeting crest plus floral bouquet to the Editor Abul Asad. The Assistant Publicity Secretary Jamal Uddina and Member of the Publicity Department Polash Ahmed etc were at that time present. On the other hand, different personnel of the Daily Sangram including Chief Reporter and Special delegate Ruhul Amin Gazi was, among others, present with the Editor.

While congratulating the Daily, Shibir Publicity Secretary Mostafizur Rahman said, “Despite countless problems and adversities, the Daily Sangram has found its place in hearts of the countrymen by airing factual news. This Daily is mass-acclaimed for its roles in safeguarding country’s independence, sovereignty, democracy, fundamental rights and Islamic values. It is an indivisible part of this country’s history and heritage. We heartily greet all journalists, technicians and well-wishers associated with it on this very auspicious occasion of 42nd founding anniversary. We hope it will continue its success in the days to come.”