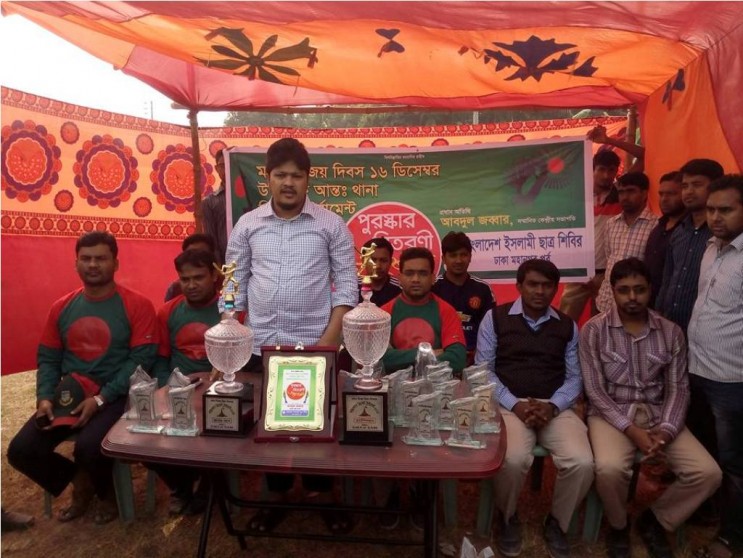 The Central President of Bangladesh Islami Chhatrashibir Abdul Zabbar said, “There is no alternative to adept and patriotic citizens to make our blood-attained Independence meaningful. Shibir has been moving forward with that plan in mind. The ultimate success is yet to be achieved. So, we must launch all-out efforts to give meaning to our Independence.”

He remarked so today while addressing as the Chief Guest to the inter-Thana Cricket tournament prize-giving organized by Dhaka Metropolis East Shibir. The ceremony was convened by the Metropolis Shibir President M. Shamim. The Shibir Central Literary Secretary Mobarak Hosen was present at the prize-giving.

Shibir President said, “Our beloved country Bangladesh has attained freedom and independence by dint of the sheer sacrifice of our war heroes but a remarkable portion of them are still downgraded. Those in power are busy in ensuring their political gains by manipulating state resources and spirit of independence. But Chhatrashibir is never forgetful of those unattended heroes. Islami Chhatrashibir has been working as best as it can for helping the indigent segment of them. Shibir has undertaken steps to help their families and to offer scholarship to their children on the occasion of this month of national victory.”

He further said, “The spirit of the holy liberation war and independence should have promoted united journey of the nation but unfortunately it is now being used for narrow political purposes. The token of nation’s glory is being turned into individual copyright. The liberation war that took place to unite the nation is being used to disintegrate the same.”