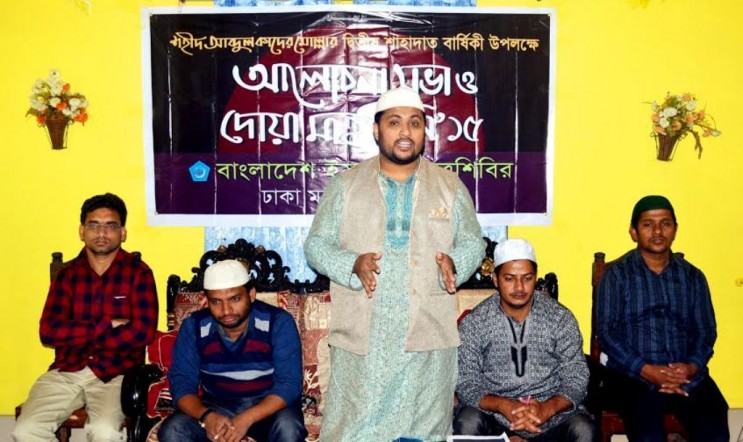 The Secretary-General of Bangladesh Islami Chhatrashibir Atikur Rahman said, “The government is trying to uproot Islamic movement from this land by killing globally acclaimed national leaders of Islamic Movement but such attempt is sure boomerang. Instead, each drop of blood of martyrdom has strengthened people’s pledge to Islamize the land they are in.”

Shibir Secretary-General said, “The blood of Shaheed Abdul Quader Molla has made the soil of Bangladesh more fertile for the Islamic Movement. The Shibir leaders and activists are not afraid of martyrdom but rather they are eager to meet the death of Shahadah; they are inspired to be martyred in the way of Allah as martyrdom is no death but continued life. Martyrs receive Paradise as their reward from Allah. Shaheed Abdul Quader Molla got what he longed for by taking Bai’ah (Oath) to dedicate all his Salaah, Services of sacrifice, life and death for the sake of Allah.”

He further said, “Shaheed Kamaruzzaman and Shaheed Ali Ahsan Muhammad Muhammad Mujahid followed suit after Shaheed Abdul Quader Molla. Amoral illegitimate Awami government has killed innocent leaders of Islamic Movement and thereby stained history in an unprecedented fashion. But killing did not brought about success or glory for the evildoers, nor did they succeed that way either. Islamization of statehood will be a direct consequence of blood of martyrdom, Allah willing.”