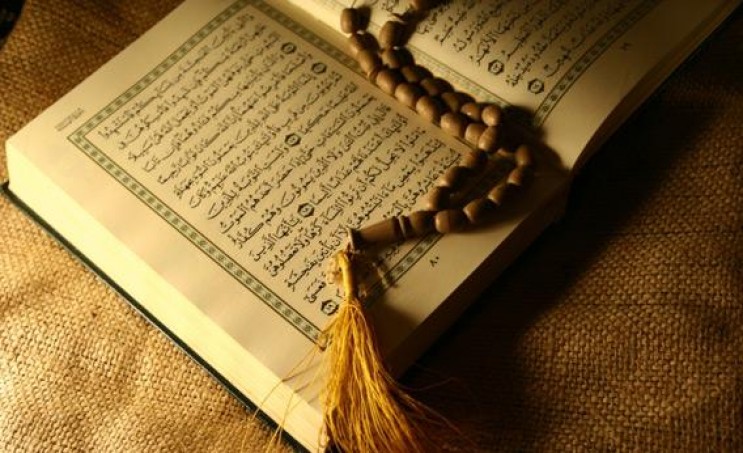 The compilation of the Quran

During Prophet’s times, the Holy Quran was conserved in the following three ways-

1. Bit-tahfiz: by Hifz and memorizing In the heart
2. Bil-kitabat: by the revealed verses writers
3. Bil-amali: by practice
This job was carried on in three eras-

1.Firstly, During Prophet’s times: whenever some verses of the holy Quran were revealed, the Prophet (PBUH) asked his companions to pen using stones, animal-skin, and leaves of date tree. Prophet Muhammad (PBUH) even showed his writers how to write, which verses where to write, he even instructed his Ohi-writers to write and arrange all verses in the Quran. Thus the sequence of every surah was done by the Prophet himself (PBUH) and his sahabas memorized all of those revealed part instantly.

2. Secondly, the times of Abu Bakr: during the Caliphate of Hazrat Abu Bakr, 70 Hafiz-e-Quran Sahabas fighting against the fake prophet Masailama were martyred. Then, Hazrat Umar (R.) advised Abu Bakr to compile the whole of the Quran by gathering all pieces thereof here and there. Accordingly, Hazrat Abu Bakr formed a committee headed by Hazrat Zayed bin sabit. Later on, the committee collected all of those verses of the Quran written on stones, leaves and skins. After talking with all hafiz-e-Quran, the Quran was compiled and the final copy thereof was submitted to the Khalifa. After the death of Abu Bakr, when Hazrat Umar (R.) became the Caliph, this copy was secured to Hazrat Hafsha (R.) as described by imam Bukahri (Rh.).

3. Thirdly, during the reign of Hazrat Osman: during the Khilafat of Hazrat Omar, the Muslims conquered many states where there were many languages in practice. Problems arose when different peoples began the recitation of the Holy Quran differently. There was a clear difference in their recitation which certainly twisted meaning of the verses of the Quran. Subsequently, after the death of Umar (R.), Hazrat Osman (R.), realizing the gravity of that situation, brought the final copy of the Quran from Hafsha (R.), made copies thereof inasmuch as needed and sent them to all the states. At the same time, the Khalifa ordered to burn all other previous copies of the Quran. Hazrat Osman is called as “Jamiul Quran” for this great job.

Easier recitation:
As a part of composing a uniform copy of the Quran by removing the differences in recitation, the following initiatives were taken to keep the final copy unchanged-
Nokta: Though it’s a debate who was the pioneer of nokta but according to some descriptions, one of the remarkable Sahabi Abul aswad al duwaili did it as per the order of Hazrat ali (R.).
Some say that it was Ziyad ibn Sufian, the ruler of Kufah, who had this job done by Abul aswait.
On the other hand, some documents strongly support and give credit to Hazzaj bin yusuf for this job.
Harkat: Same as Nokta.
Hamza and Tashdeed: Subsequently Khalil ibn Ahmad made the sign of Hamza and Tashjid.
Manjil: the Sahabas of Prophet Muhammad (PBUH) recited Quran once a week for which they divided the Quran for each day. The seven parts divided by them are known as seven Manjils.
Thirty paras of Quran: according to some descriptions, the system of thirty paras was introduced during the times of Hazrat Osman (R.) while composing the whole Quran.
• Before the invention of the printer, the whole Quran was hand-written with complete accuracy which is still unparalleled.
• After the invention of the printer, it was firstly at Hamberg of Germany in 1113 CE where the Quran was printed. But those Printed copies of the holy Quran were not accepted by the Muslim world.
• For the first time, a Muslim printed the holy Quran in 1787 CE at Saint Petersburg of Russia. Then, in 1828 CE, the holy Quran was printed in Tehran, Iran, and subsequently the printed copies of the holy Quran spread all over the world.