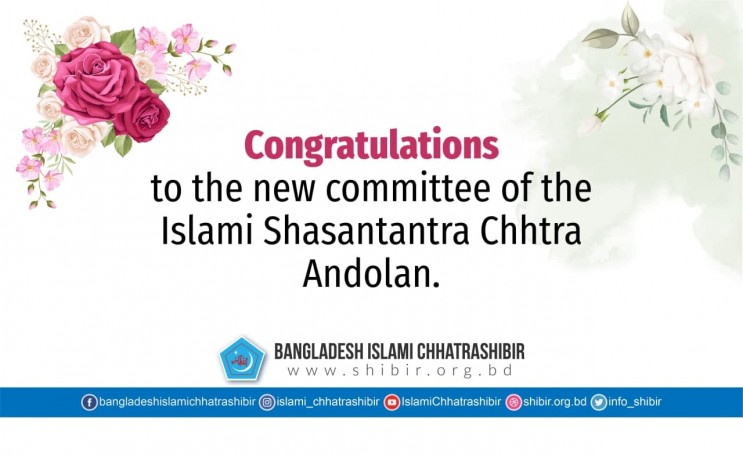 In a joint congratulatory message, Chhatrashibir Central President Salahuddin Ayoubi and Secretary General Rashedul Islam said, we send greeting and congratulate the newly formed committee of Islami Shashontontro Chhatra Andolon including President Nurul Karim Akram, Vice President Shariful Islam Riyadh, and Secretary General Sheikh Muhammad Al Amin. We hope that the new committee will do its best to make the work of the Islami Shashontontro Chhatra Andolon more dynamic. InshaAllah, their overall activities will play an important role in the propagation and spread of Islam in the country. At the same time, their contribution to stopping all anti-Islamic activities will be notable as well. The leaders ssaid that the support of Chhatrashibir for their movement against the conspiracy of anti-Islamic forces towards protecting the independence and sovereignty of the country will continue.

The Shibir leaders wished the new committee members good health and holistic success. At the same time, they prayed to the Almighty for the health and well being of the recently departed committee chairman and other outgoing officials of the organisation.