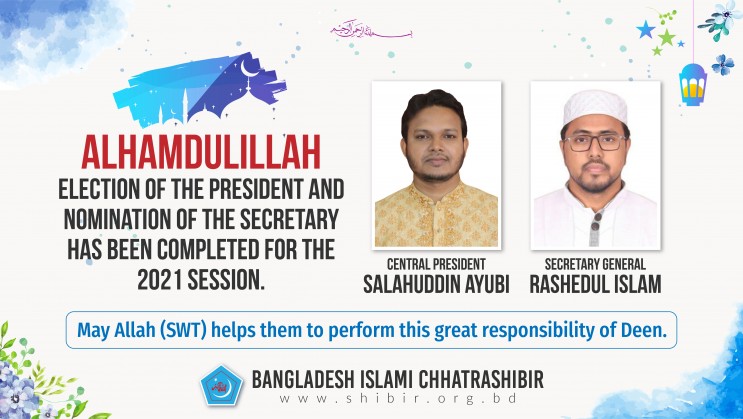 The Honorable Amir of Bangladesh Jamaat-e-Islami Dr. Shafiqur Rahman was present as the chief guest at the conference. Also present were Naib Ameer Professor Mujibur Rahman, Assistant Secretary General Maulana Rafiqul Islam Khan and former central presidents. Islamic scholars from home and abroad also spoke at the event. Members from across the country joined the conference via online means.

Speaking as the chief guest, Ameer Jamaat said that all our programs, activities and efforts are only for the satisfaction of Allah. Therefore, the basis of our overall work and effort should be unwavering trust and faith in God. God must be feared in the heart. In all aspects of life, the example of the Prophet must be followed. If we are with Allah Ta'ala then InshaAllah Allah will also be with us. The activists of the Islamic movement must move forward infused with the love of God.

He prayed for all levels of manpower of the organisation, including the newly elected Central President and the newly nominated Secretary General.

The newly elected Central President requested the people of the country, all levels of manpower including leaders and workers, and well-wishers of the organization for their sincere duas.