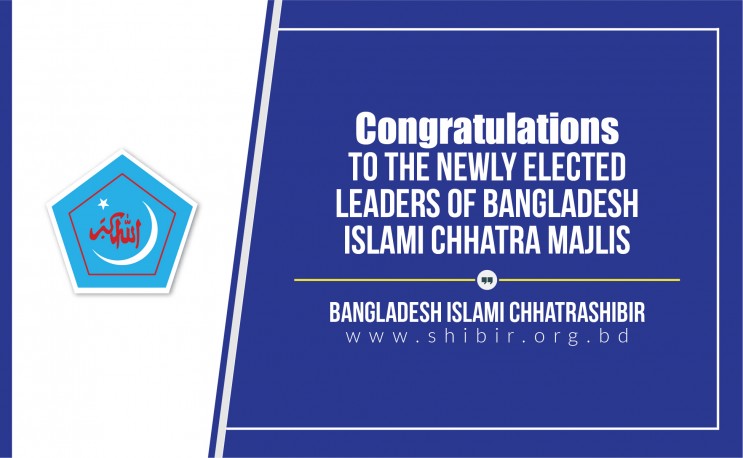 In a joint congratulatory message, of Chhatrashibir Central President Md. Sirajul Islam and Secretary General Salahuddin Ayubi congratulated the re-elected Central President of Bangladesh Islami Chhatra Majlis for the 2020-21 organizational session Mansurul Alam Mansur, and the re-nominated Secretary General Muhammad Monir Hossain. The leaders expressed optimism and said that they hoped that the new leadership would play a role in making the activities of Bangladesh Islami Chhatra Majlis more dynamic and uplifting. When the Islamic culture and civilization is under threat in the country, when the democratic system of the country is in grave danger, when the youth society of the country is in moral danger, the leaders said that they hoped the newly elected leaders would take forward the overall activities of their organization through constructive activities for Islam, the country and the students; they would move forward ignoring all obstacles to build the student society of Bangladesh in the light of Quran and Sunnah; they would play a leading role in establishing the unity and solidarity of the Muslim Ummah. Insha Allah, the patriotic Islamic student organizations will continue to work together in unity to protect the independence and sovereignty of the country.

The leaders of Chhatrashibir wished the elected leaders of Bangladesh Islami Chhatra Majlis health and success in this world and in the Hereafter.