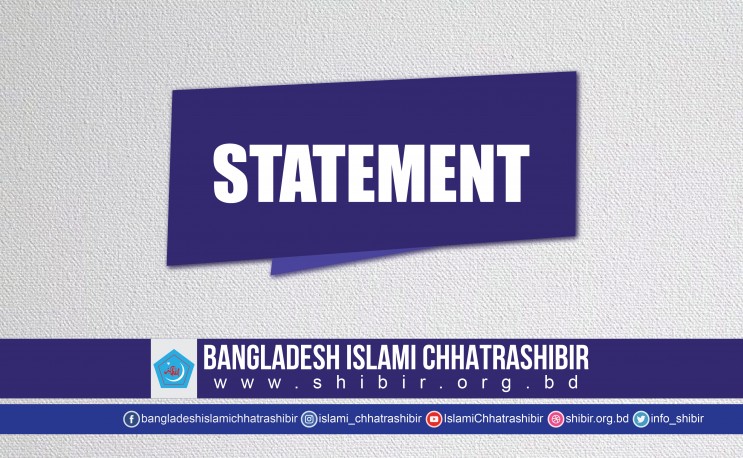 In a joint condolence message, the Central President of Chhatrashibir Md. Sirajul Islam and Secretary General Salauddin Ayubi said Professor Emajuddin Ahmed was taken to Labaid Hospital in the capital after suffering a stroke on Friday morning. He died at the Intensive Care Unit (ICU) at 5.45 am. Innalillahi wa inna ilaihi rajiun. At his death we have lost an educator and a patriotic intellectual. He was simultaneously a teacher, columnist, writer and former student leader.

Professor Emajuddin Ahmed played an important role as among the prominent student leaders of Dhaka University in the period after 1952 in the context of the Great Language Movement. He was imprisoned during his time as a student leader. He has made outstanding contributions in the field of education. He has written more than 50 books on various subjects including political science. In recognition of his outstanding contribution in the field of education, the Government of Bangladesh awarded him the Ekushey Award in 1992. He has won many national and international awards and honors including ‘Mahakal Krishti Chinta Sangha Gold Medal’, Jatiya Sahitya Sangsad Gold Medal, Zia Cultural Gold Medal for his creative research and writing.

He was firm in his resolve to build a prosperous nation and a modern education system. Moreover, his position was strongly in favor of democracy and protection of fundamental human rights. He was vocal in his analysis in favor of endangered democracy, voting rights, and human rights, for which he was loved by the people. He has been instrumental in the opposition to the ongoing one-party rule from the front lines. He continued his struggle to resolve the political instability till his last moment.

At the time of his death, he left behind two daughters and two sons, and numerous grieving admirers and well-wishers. We will never forget his genuine love and concern for Chhatrashibir. His words in the various memorabilia of Shibir will continue to bear the signature of his deep affection for us. We are deeply saddened by his death.

We ask Allah the Almighty for forgiveness of the soul of the deceased and extend our deepest sympathies to the bereaved family members.