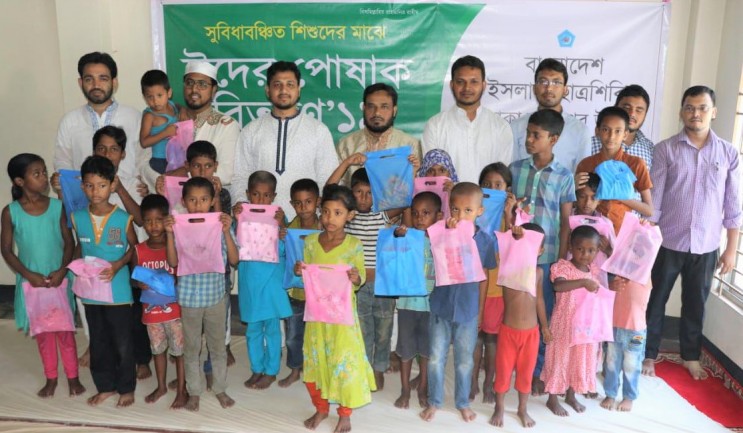 Eid joy will not be fulfilled if underprivileged poor are neglected: Shibir president

Bangladesh Islami Chhatrashibir central president Dr. Mobarak Hossain said that the joy of Eid is for everyone, including the rich and the poor. No discrimination is desired here. If the majority of society ignore the plight of the underprivileged poor, then the joy of Eid will remain unfulfilled.

He said this while addressing the Eid materials distribution program among the underprivileged people organized by Chhatra Shibir in the capital today, where he was the chief guest. Different level leaders including Secretary General Sirajul Islam were present at the gathering.

The Shibir president said Eid, arrives with the message of happiness. Although everyone tries hard to fulfill the joys of Eid as per ability, the vast majority of the population of the country remains under-privileged. They are among those who are generally ignored. Not only are they ignored, but the government often belittles their condition with the announcement that there are no poor people in the country. But now many people are living below the poverty line and are living an inhumane life. This Ramadan also, the news of the misery of many destitute people fasting amidst a lack of food has come to the attention of the nation through the benefit of the media.

Due to social inequality, the poor are reaching extreme levels of poverty day by day. The whole section of the rich people fails to play their responsible role during the time of Eid. This is despite the fact that Ramadan teaches us to show support, co-operation, and sympathy to the underprivileged in our society. Eid is for everyone and is a universal festival. Amidst this joy, making the poor people helpless bystanders is a manifestation of our inhumanity.

He said that the best time to alleviate the sufferings of the helpless, oppressed and downtrodden people of the society is the time of the month of Ramadan. Ramzan gives us training for sacrifice and sharing. It will be a good reflection of this training if everyone in the society can share Eid joy with their neighbor who is deprived of benefits. This is also the social education of Islam. The main guardian of the neglected people of the country is the state. The rich of the poor over the rich have been given by Allah. The tendency to neglect them is an inhuman tendency. If the government and the rich extend their hands of charity, then they may easily attain the fullness of the happiness of Eid.

Chhatra Shibir has been trying to help the helpless and the poor people every year according to its ability, in order to share the joy of Eid with everyone. Shibir hopes that in the same way, everyone will stand beside the helpless people and help them from their position. In order to spread the joy of Eid equally among all, it is necessary to help the poor, underprivileged people with the highest utilization of our capacities.