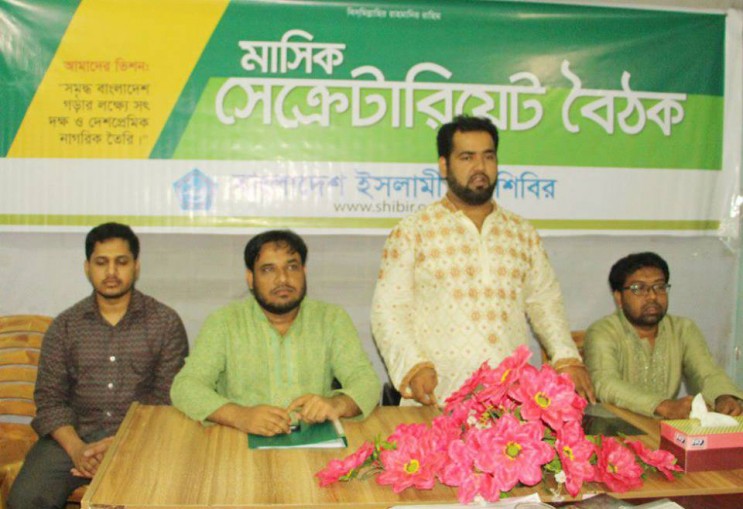 All Discrimination and Irregularities in Education Should be Removed

He said this at the monthly secretariat meeting in an auditorium in the capital as part of the president’s speech. At this time, the Secretariat members were present, including Secretary General Mobarak Hossain, Office Secretary Sirajul Islam, Dawah Secretary Shah Mahfuzul Haque and others.

The Shibir President said education is the tool of progress and prosperity of a nation. Nearly all countries of the world are giving priority to this sector. But people in Bangladesh are witnessing the opposite image. After the government's activities against the education system, education system is standing on verge of destruction today. At present, the students throughout the country including the capital, are demanding reform of the discriminatory quota system. Students express their sad condition with certificates on their neck and brushes in their hands. They are being attacked by police and Chhatra League terrorists. But the government does not listen to their claims in any way. That is disappointing millions of students in the country. Unfair means are depriving meritorious students. Bribe and party affiliation considerations have become regular requirements for jobs. On the other hand, after every few days the education expenditure is being raised. Higher education has become a business. Besides, question paper leaks, wrongly printed textbooks, secular syllabus and opaque intellectual assessment system make the education system ineffective. In the educational institutions, the continuous terrorism, harassment of innocent students, weapon-brandishing, deterioration of the education of campus due to groupings of class-teachers, has ruined the education environment. Above all, the government has pushed the educational system to the verge of destruction. The people are being deprived of the right to education through creating discriminations.

He said that the destruction of the education system is enough to destroy a nation altogether. And it’s the reality happening in Bangladesh. It is not desirable to remain silent in this situation. Inequalities in education should be removed. Regarding the reform of the quota system, the logical demands of the students will have to be accepted. Education costs should be reduced. Question leaks should be controlled with a tight hand. Alongside that there needs to be ensured a terrorism-free, drug and obscenity-free education system